Yet again, a long gap between blog posts, mostly because life has been even busier than usual for the past couple of months. Work has been full of big pushes to meet deadlines, and outside of work has been full of social stuff and the usual degree of over-committing myself.

And I spent the weekend in Hobart.  At the BC-AUS Uncon.  Totally amazing weekend, which I will eventually post some videos about, but at the moment all of the raw footage is on my laptop, and my laptop has run out of batteries, and the charger is somewhere between here and Melbourne, because my luggage got lost when I changed flights.  (Well, technically it’s not lost, because AirNZ reckon they know exactly where it is, it’s just a matter of getting it put on a plane to Christchurch… eventually…)

I arrived home on Monday night – or actually, Tuesday morning, because we landed just after midnight, and then I had to hang around baggage claim waiting for my bag to appear, and then hanging around even longer while the lost luggage guy tried to find it on his computer, and then filling out all the paperwork, and then I still had to go through biosecurity and customs and get grilled for even longer than usual about the contents of my non-existent bag, so that they know what to search for when (if?) it does turn up… so it was after 2 am by the time I got home.  Luckily I’d booked annual leave for Tuesday as well…

Except I didn’t get much of a sleep in on Tuesday, because in a fit of enthusiasm a few weeks ago I’d booked to do a class on rag rug making run by an Australian artist who is trying to revive the craft as an art-form.

Despite being tired, it was a really fun class, and (even though, as usual, I was over-ambitious with the size of project I took on) I made a fair bit of progress on a rug: 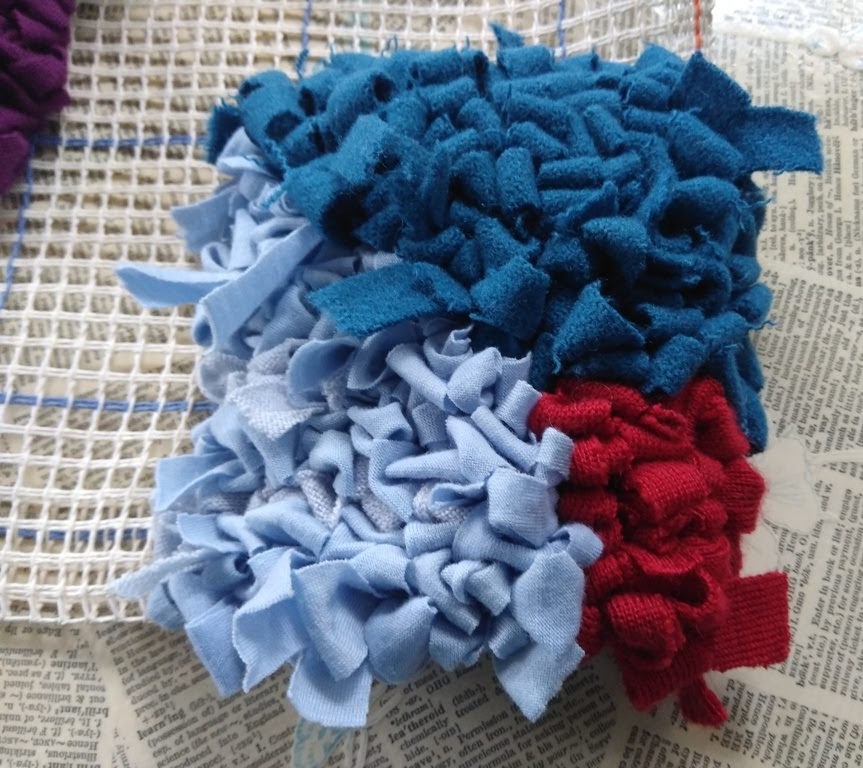 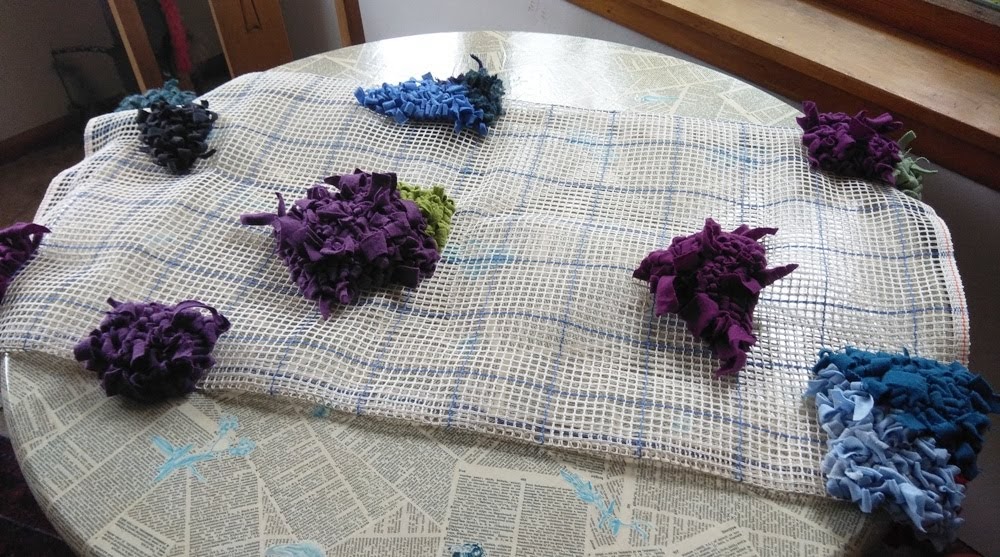 That’s not the final texture – once I’ve finished hooking in the strips of fabric they need to be trimmed back to make it more carpet-like (although in theory, you can leave them untrimmed – it just gives the final carpet a different sort of texture.  I think with the design I have in mind it will work better trimmed, though).

So, yet another project to add to the works in progress pile…

And talking of works in progress, I did manage to finish one of the two quilts I’m working on for Harvestbird’s children.  This first one, for Harmony, I’m calling “Harmony’s Flying Foxes” (because somehow the flying geese blocks got renamed to flying fox blocks in the process of designing the layout).  I’m really pleased with how it turned out: 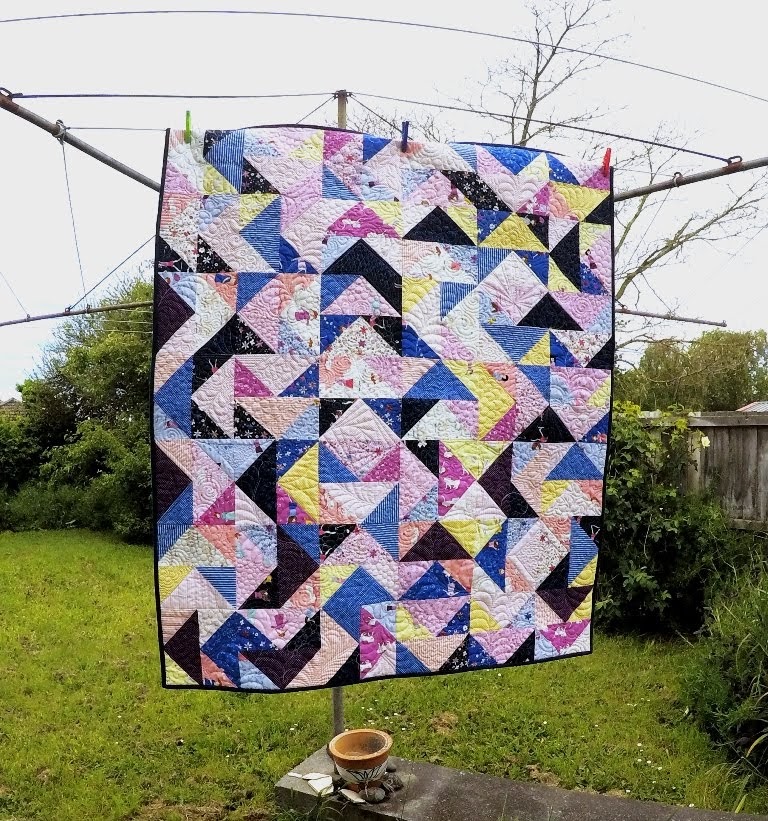 The other one, for Millie, is still sitting on my sewing machine half quilted.  Hopefully sometime over the next few weeks I’ll find time to finish it… though I’m going to another craft workshop this weekend, then I’m off to Wellington for a conference next week, and then, and then… yeah, life is busy.

If you haven’t seen it already, here’s part 2 of the video of making the quilts:

And here’s the other videos I’ve posted since my last blog post (which was over two months ago, I’ve just realised!):

A Word Festival trip to Kaikoura to go whale watching:

Lots of random stuff, half of which I think I wrote about in my last blog post:

Walking the Avon Ōtākaro River during the Walking Festival (there have been many festivals lately!):

Update: I’ve just had a call from AirNZ to say my bag is in Christchurch, and they’ll drop it off to me this afternoon. So more videos to come soon!