It’s been a wet and miserable Queen’s Birthday weekend, so, apart from venturing out to buy baking supplies (so I could make muffins to take into work tomorrow – we’re having an all-day planning meeting, so I think treats will definitely be needed), and to go to Riccarton to see Solo (my first impressions verdict: it’s a fun enough movie that I can mostly ignore the bad bits), I’ve spent the long weekend at home.  Which meant lots of sewing time.  So two new Block of the Whenever blocks finished.

The first block is a pretty simple one, called a Shoofly.  It’s similar to the Churn Dash, but without the bars around the edges. I was even able to use the leftovers of the 10-inch square I used for that block to fussy-cut a centre again, but I paired it with a different solid fabric this time. 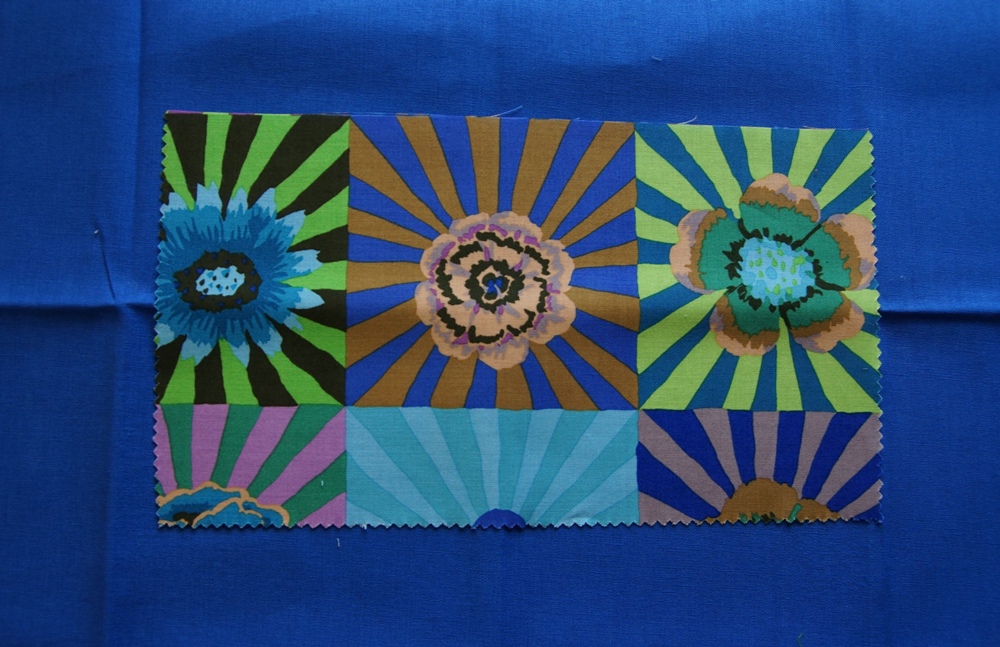 I used a different technique to make the half-square triangles, though, to avoid the problem of bias edges. So to make this block you’ll need:

Pair each solid square with one of the larger background squares, right sides together, and mark a line from corner to corner. This is the same technique I used to make the quarter-square triangles for the Ohio Star, but this time I’m stopping when I get to the half-square triangles. 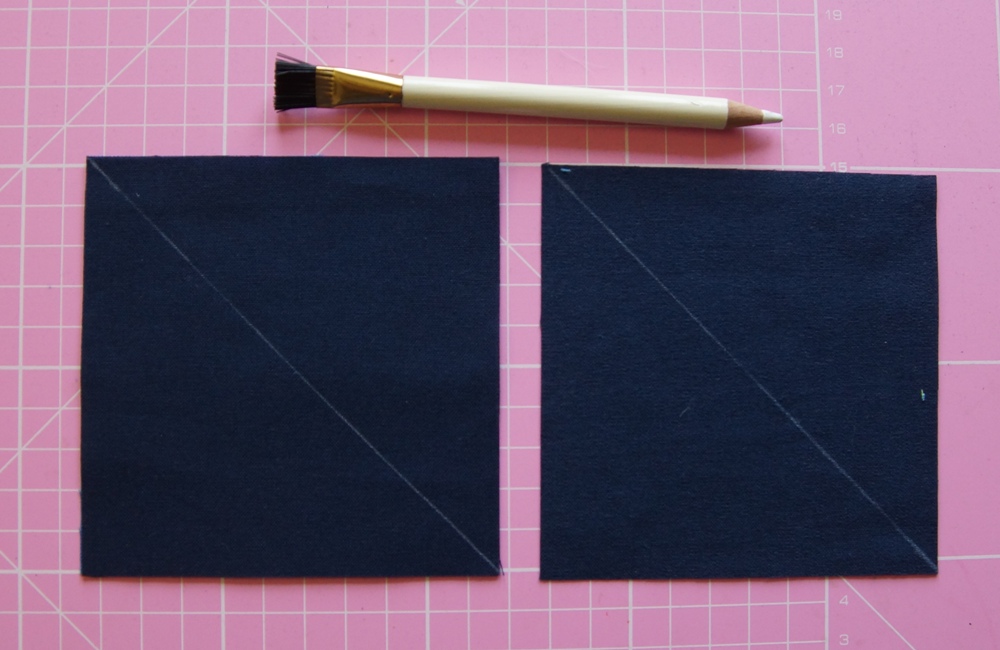 Stitch quarter of an inch away from each side of the line.  (By the way, sorry about the poor lighting for these photos – I normally use the natural light from the window to take the in-progress shots, but it was such a grey day there wasn’t a lot of light coming in). 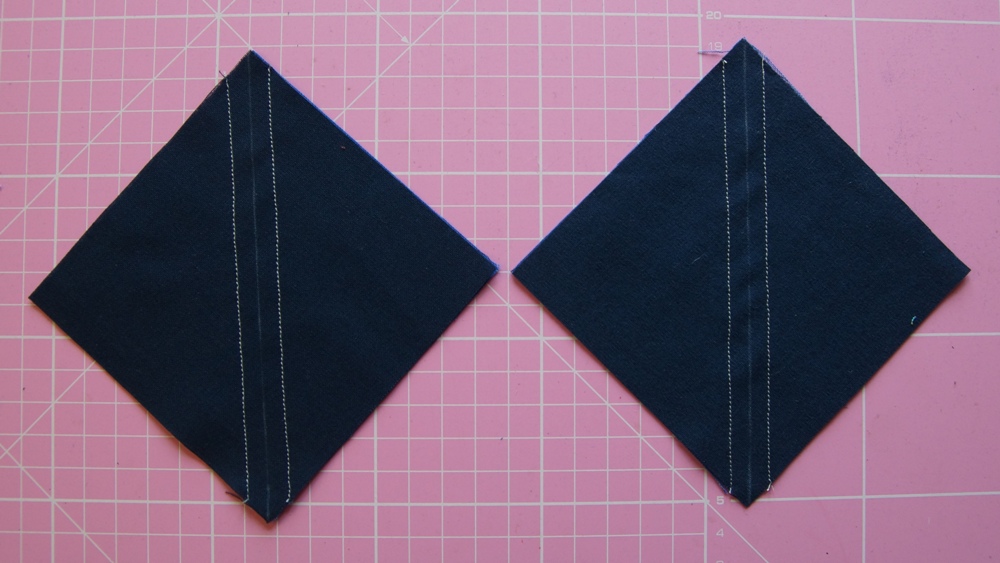 Cut along the marked lines, and press open. 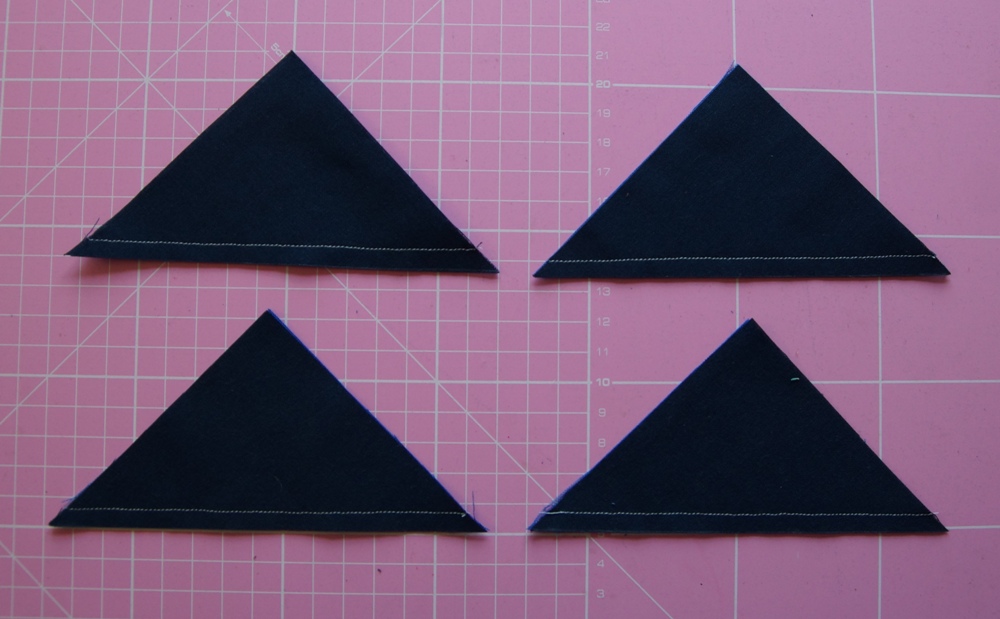 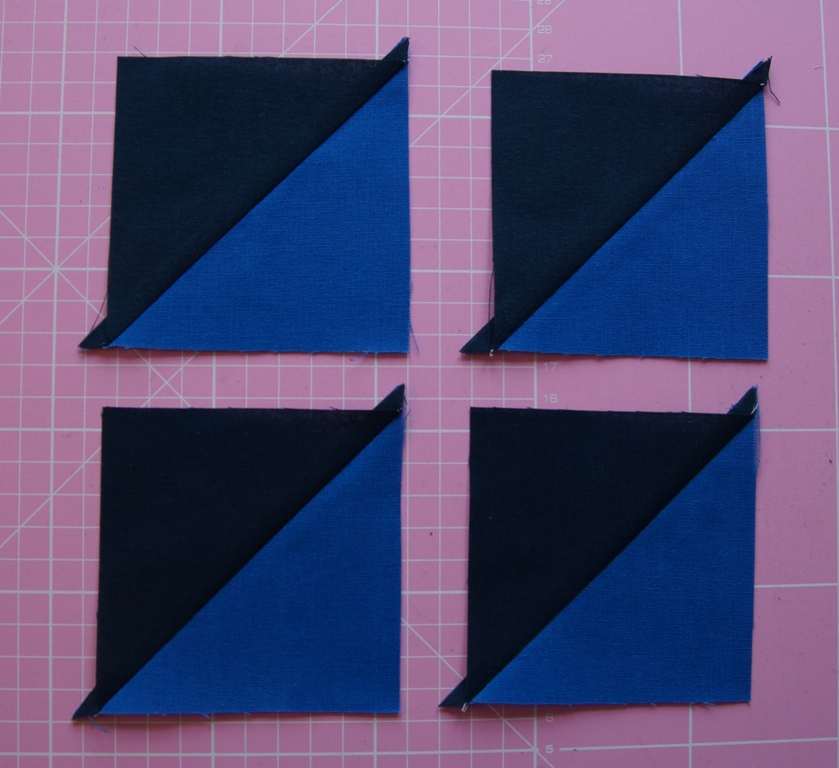 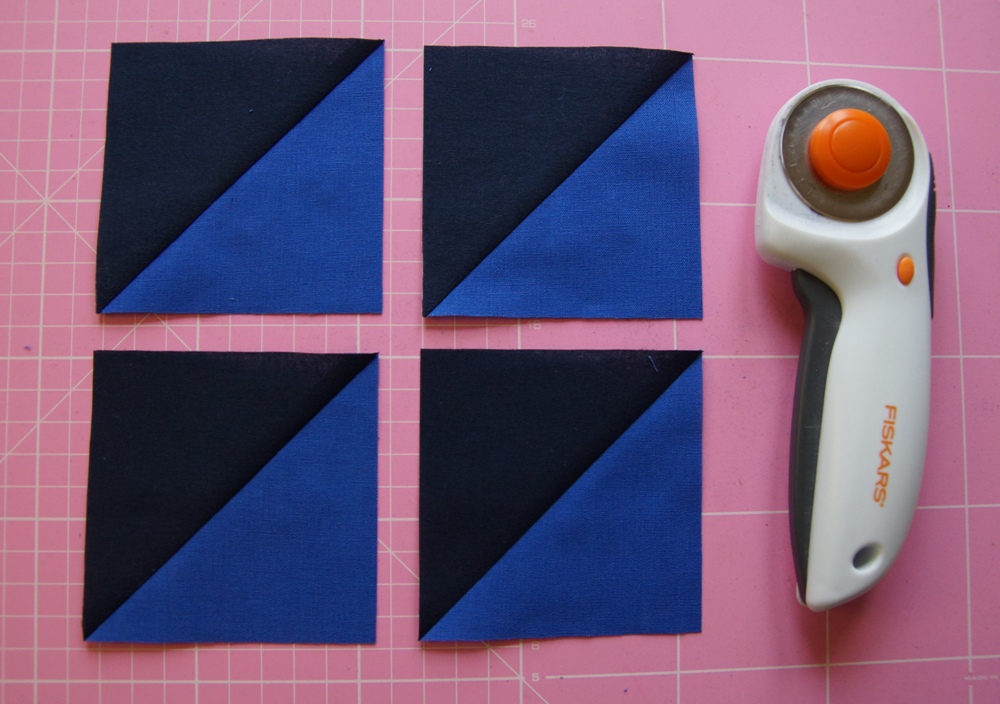 And that’s all the components made. 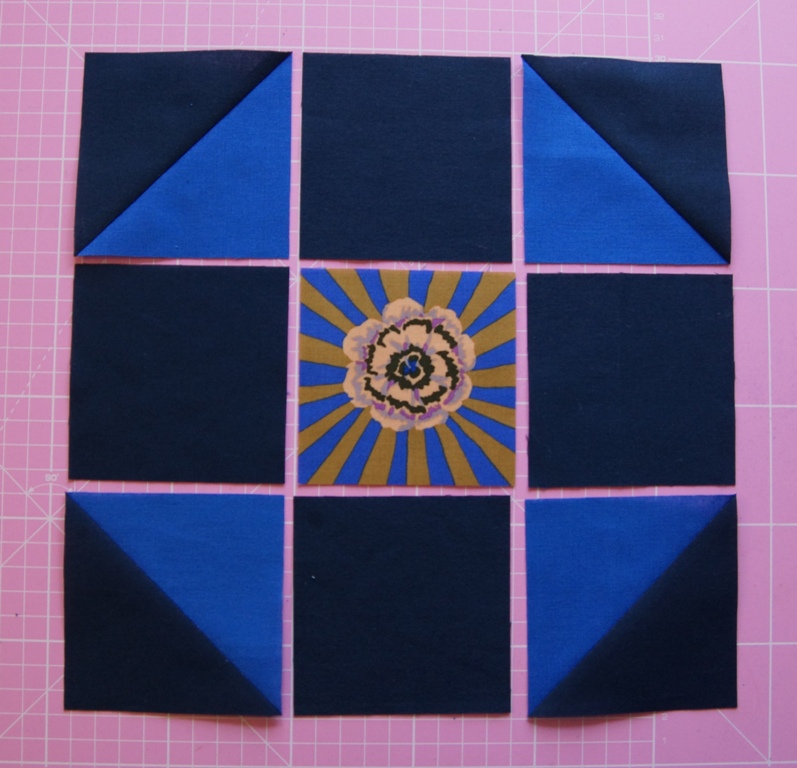 Sew the squares together into a nine-patch, and you have a Shoofly block: 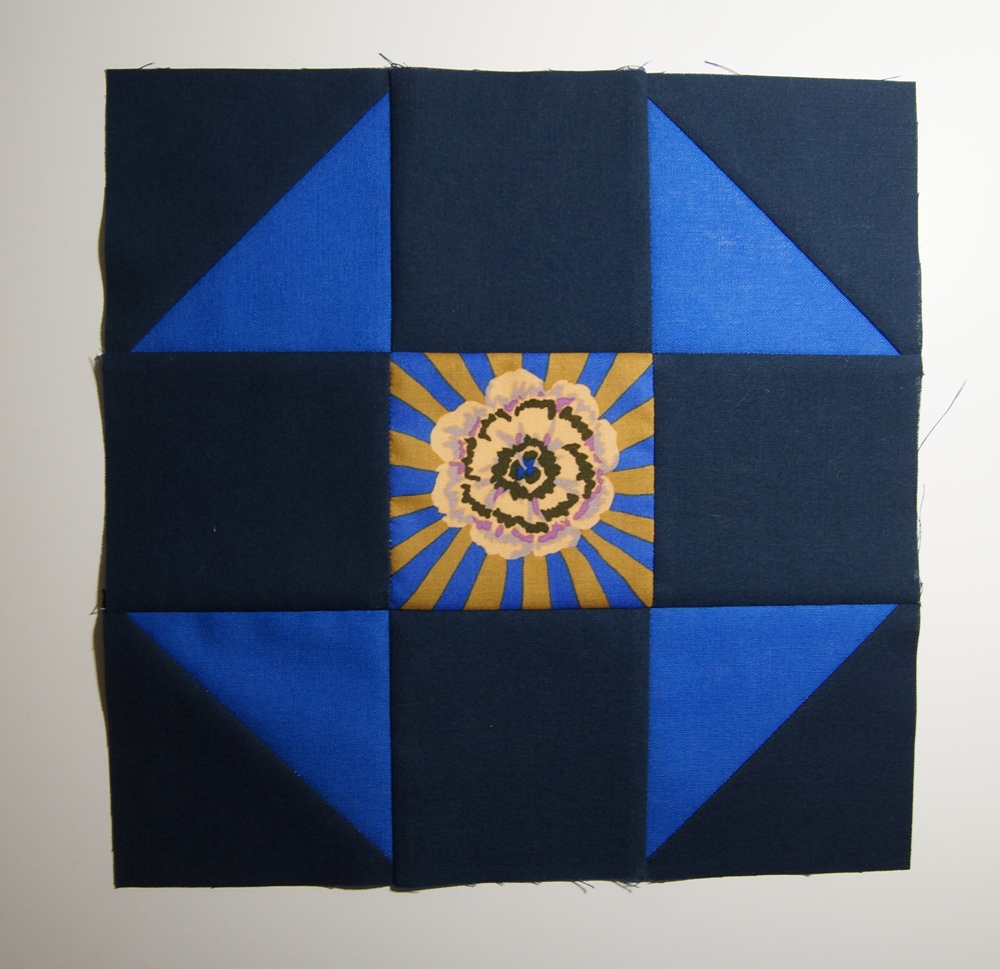