This block is called a LeMoyne Star.  Well, sort of.  A proper LeMoyne Star uses a horribly complicated sounding technique called Y-seams, which I might try mastering one day, but not today.  So this is a cheat’s version, that (apart from the seams running through the diamonds) ends up looking exactly the same as a proper LeMoyne Star, but uses half-square triangles instead of scary Y-seams. 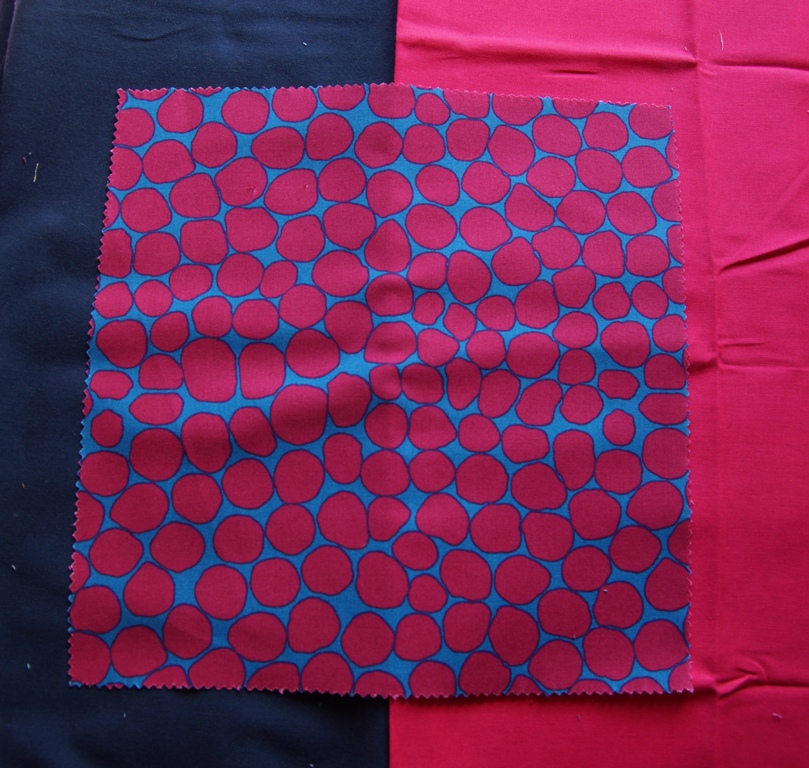 I used the same four-at-a-time method for making half-square triangles that I did for the Dutch Pinwheel. And just as for that block, all those bias edges made life a bit difficult, so I probably should have chosen a different method, but seeing as I needed four half-square triangles in each colour combination, it was the most convenient way of doing them. 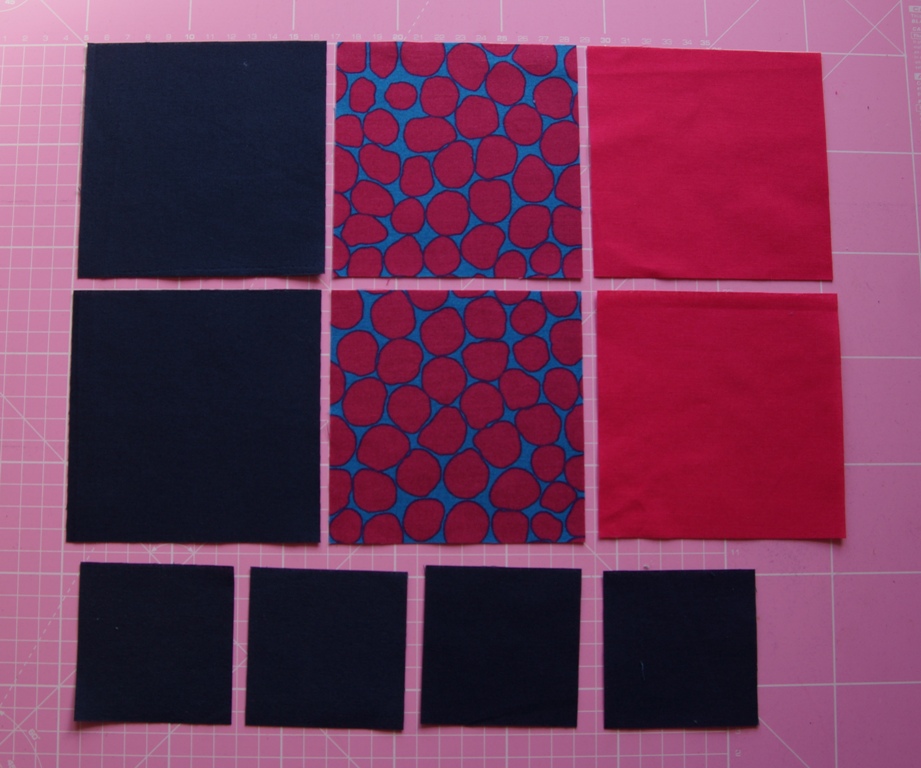 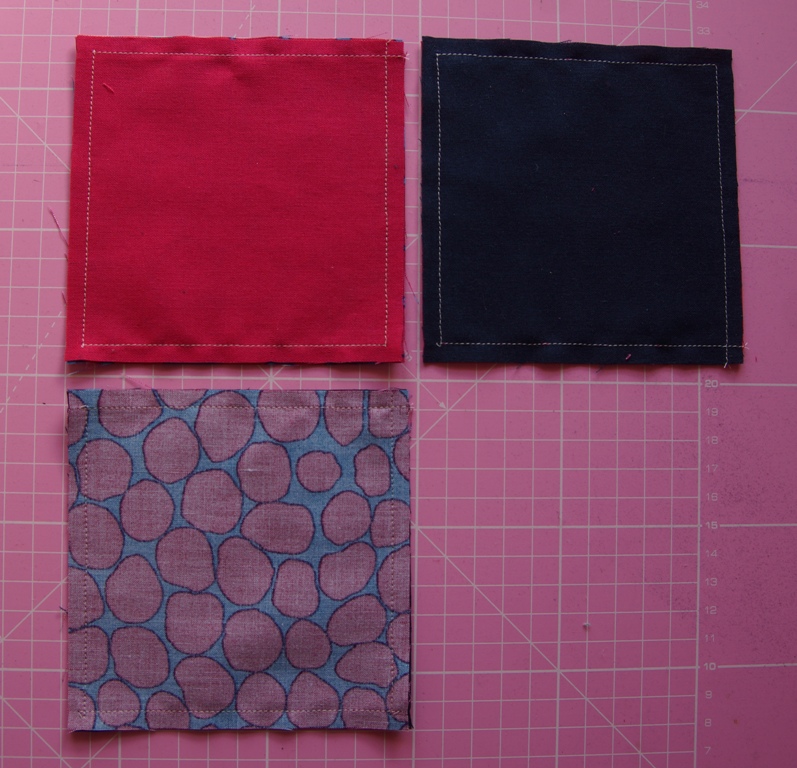 Cut along the diagonals. 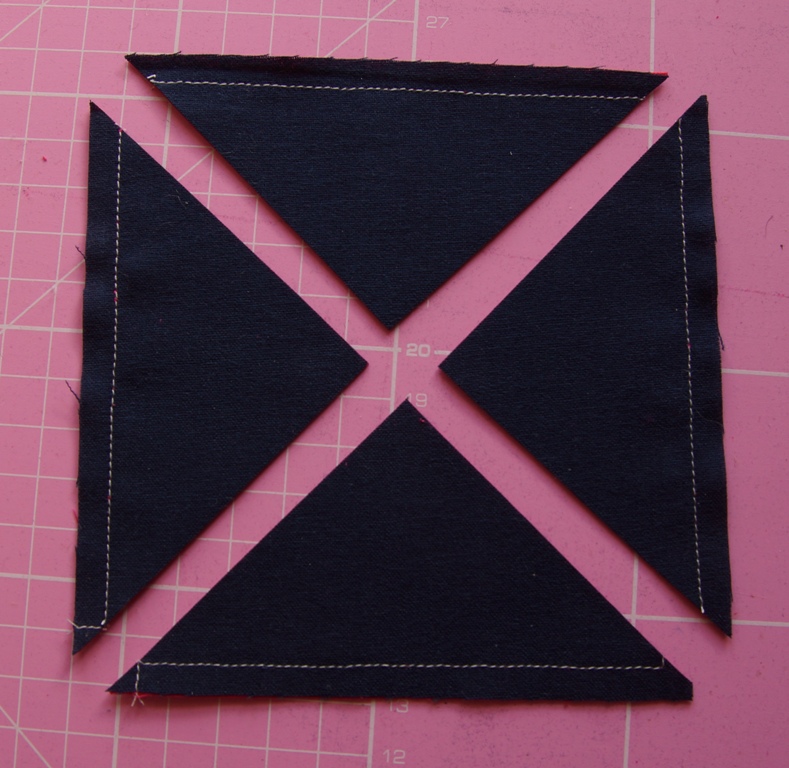 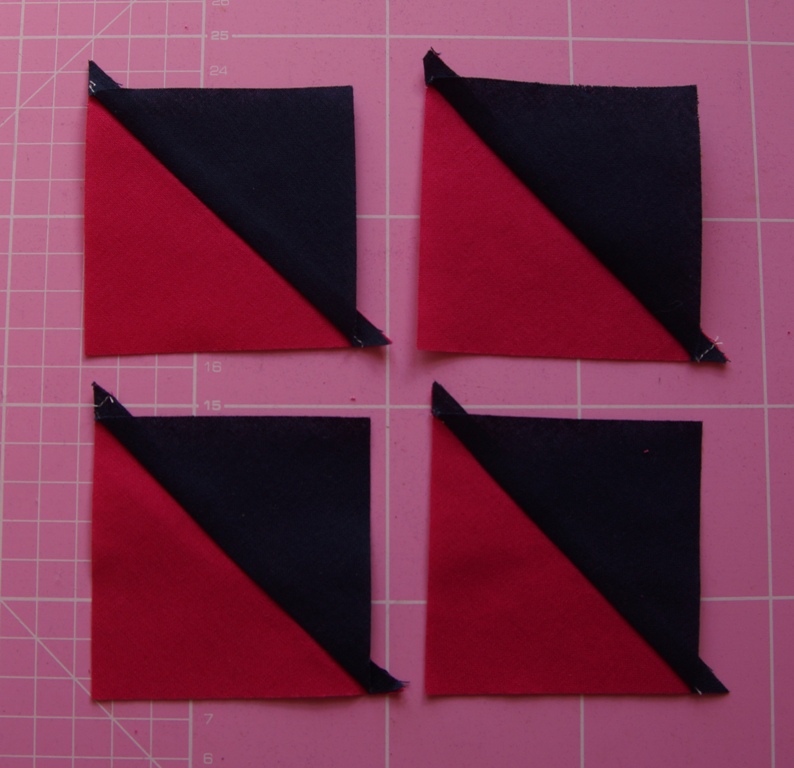 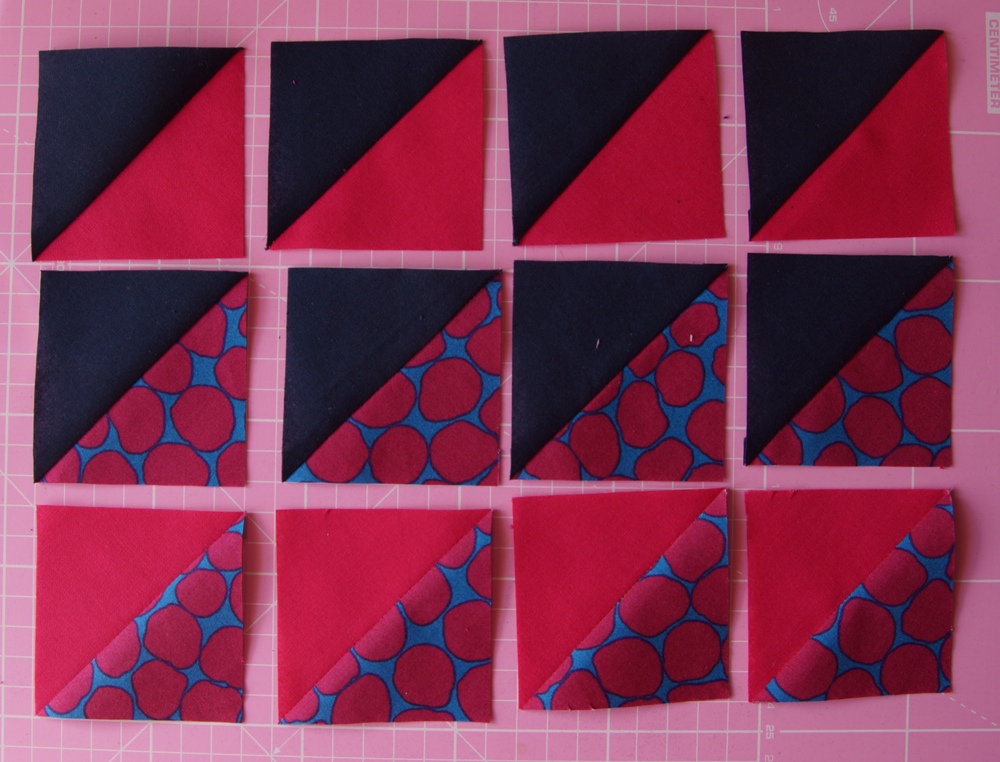 Lay out the block, and sew together as a sixteen patch, in the same way as the Dutch Pinwheel. 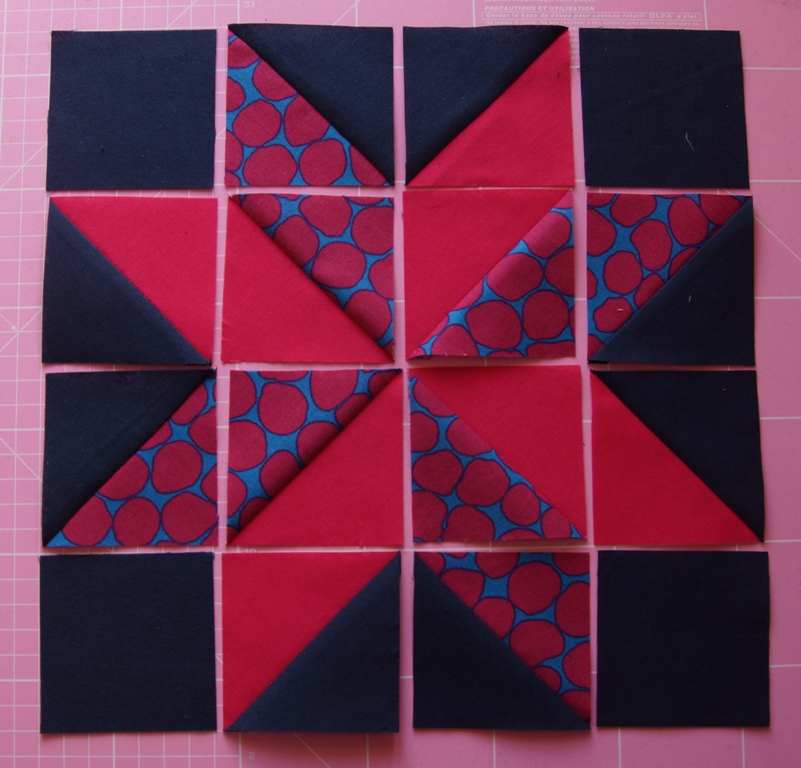 The final result gives a reasonably convincing illusion (as long as you don’t look too closely) of the block having been constructed with diamonds rather than half-square triangles. 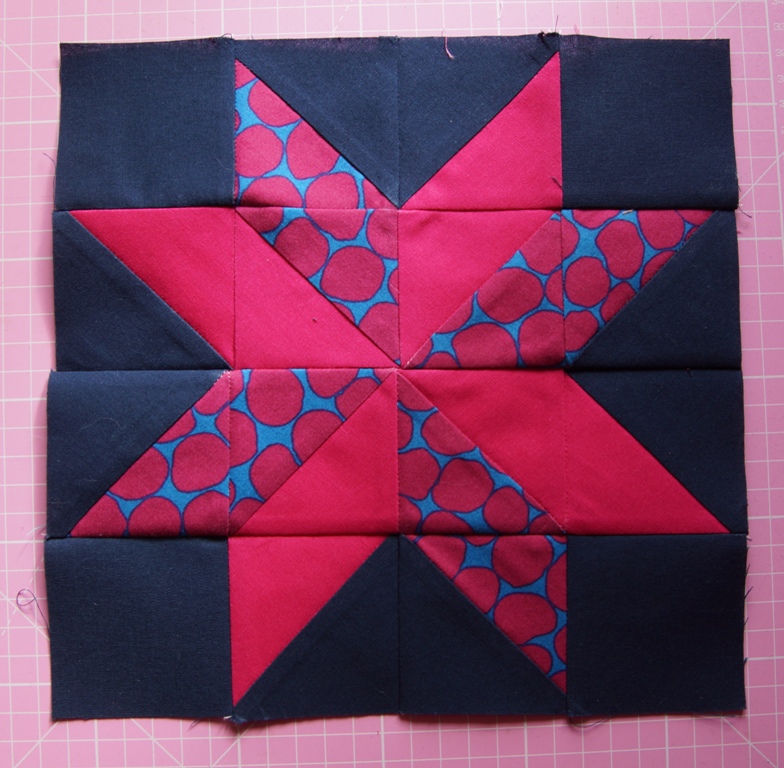 I’m not 100% happy with my block – I didn’t think carefully enough about how the seams would lie, so a couple of the points ended up a bit bulky on the back, which could be annoying when I come to quilt it.  But I really like the overall effect of the block (and maybe one day I’ll get brave enough to experiment with Y-seams so I can sew one properly…)

One thought on “Block of the Whenever #5”